This beast started out life as a La San Marco 85 series, single group volumetric heat exchanger. I bought it last year as a fixer upper, the boiler was over filling and it needed a general going over. 9 months or so later and it’s a very different machine to the one that came in!

Turns out the over filling problem was a fractured heat exchanger, so that ruled out keeping the machine conventional – the heat exchanger would have to be decommissioned, capped off and become part of the steam boiler volume – I didn’t like the chances of a successful repair.

At that point it became a total strip down, and while I had the bare chassis on the bench, I started playing around with the possibility of fitting a lever group that I had spare. With an extra cross member in the chassis, it would totally work! So, off to see my mate Gonz who worked his magic and welded in a cross piece to take half the group flange. The group was already fitted with cartridge heaters, from back in the days of the Quick Mill Achille testing with Talk Coffee, so why not take advantage of that? Then, why not add some extra precision with a dedicated brew boiler as well? Yep, it would fit with a bit of wrangling. I also adapted a small volume heat exchanger into the existing steam boiler to provide pre-heated water to the brew boiler. Serious overkill at this point but why the heck not?!

So, this ended up being the most advanced lever machine I’ve built to date, with a PID controlling the group and a PID controlling a dedicated brew boiler just behind it, temperature control is phenomenal. By tweaking the two set points, you can even control the shape of the traditional lever temperature profile.

The original boiler is slightly under-specced at 1700W, but it allows the total machine wattage to stay at approx. 10 amp draw, with 600W in the brew boiler and 200 in the group. It takes a while to reach 1.5 bar, the group is hot well before then – but is ready to go after 25 min approx. and steam pressure is never an issue due to the huge volume for a single group, and added insulation.

It’s plumbed in only, as the line pressure primes the brewing circuit and is used for pre-infusion. The spring installed in the group (new of course) generates 10 bar peak pressure. It’s a delight to use and pulls wonderful shots. I’m mad to sell it, but that’s the reality of running a business, I can’t hang on to everything!

Listed at $3700 plus GST, very keen for machinery at this level – it’s probably the most advanced lever machine in the world, in terms of temperature control. Offers in the vicinity will be considered but I have not got much room to move. I am in the process of finalising fitment of the front panel, as it was never intended to cover a lever group. Once that’s done she’s ready to go, will not take me long! 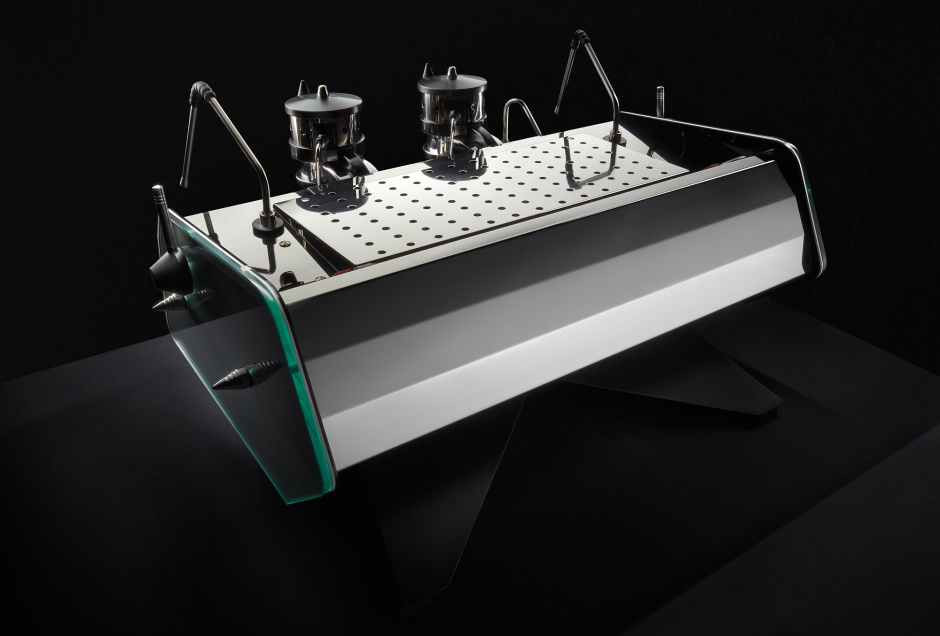 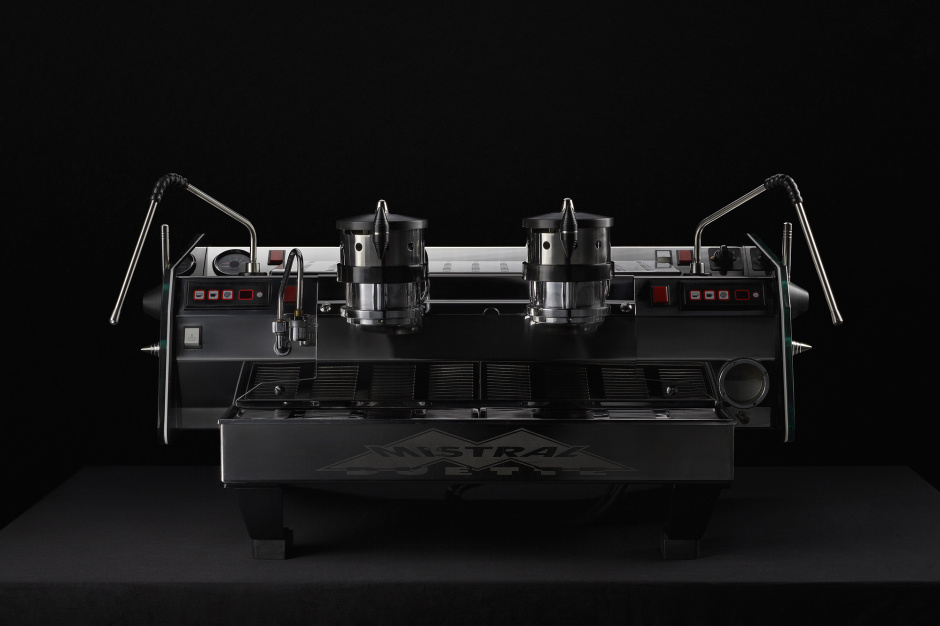 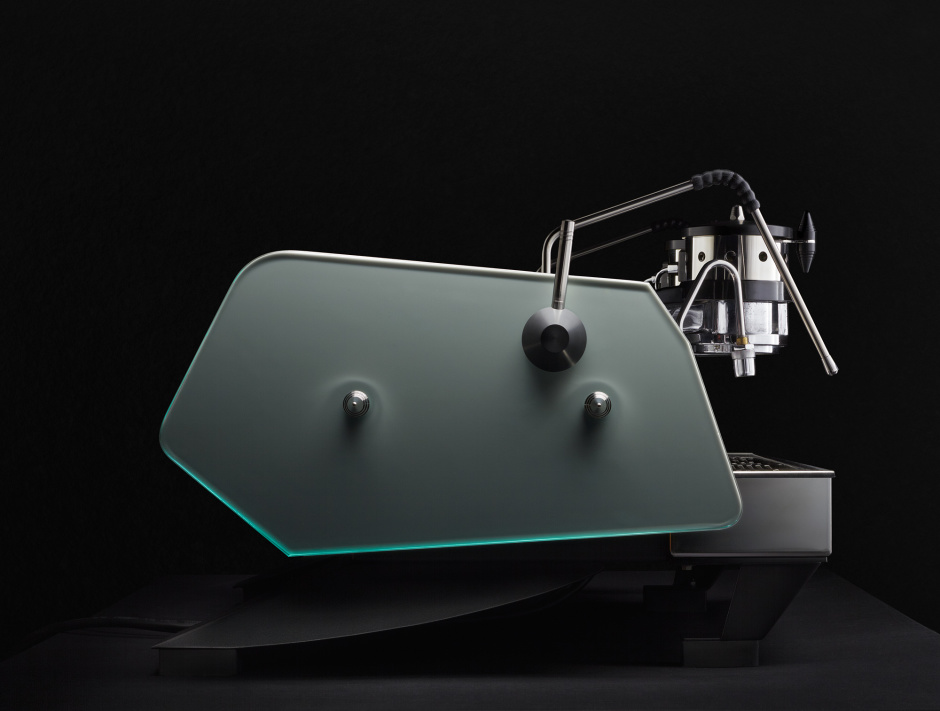 For sale is my Conti Prestina single group lever machine, fully restored. These machines are very rare in Australia and is the only one I have ever seen. The Conti group is unique, using a series of linkages to convert the lever action to a vertical piston movement. This machine has an incredibly small footprint for it’s capability and boiler volume, Conti used an innovative compact construction to place all the necessary components on the massive boiler flange.

This machine has been rebuilt from the ground up with OEM parts sourced directly from Conti in Monaco, who still make spares for the group. Replaced parts include the group spring, pressurestat, wiring, silicone boiler insulation, nuts and bolts where mild steel was used, and all gaskets and seals.

Operationally the machine is in perfect condition, and cosmetic condition is excellent. There are a few spots where the protective lacquer is lifting off the brass plated panels, and a few minor blemishes in the front panel and base.

This is a 10 amp (standard household power) machine and requires a plumbed mains water supply or flo-jet pump.

For sale as a completed project is my Bo Ema lever machine from the late 60’s, made in Revesby, Sydney. This is one of the only two single group machines I have ever seen, and has been restored to better than new condition.

Starting with a powdercoat for the aluminium base, this machine has been fully rebuilt with new seals and gaskets, and functionally improved with an autofill controller and solenoid valve, plus a modern pressurestat/SSR combo for perfect reliability. It’s had a new element, new group spring, new boiler insulation, new paintwork, new gauge, new tap handles and many other practical improvements, all together totalling roughly 100 hours of labour.

The final touch is a thorough bench test to fine tune pressure and temperature characteristics, this machine behaves exactly as a big commercial dipper style lever group should, with effortless consistent pours back to back once everything is properly warmed up.

If you’ve been looking for a vintage lever that’s ready for a new lifetime of service, this might be the one. Get in touch to arrange a demo if you are interested.

This is a 10 amp (standard household power) machine and requires a plumbed mains water supply or flo-jet pump and drainage.